Copyright (c) 1979 by S.E. Hinton All rights reserved, including the right to reproduce this book or portions thereof in any form whatsoever.

and David, one more time

"There ain't no bear in that bush," I said. Negrito's ears were pricked so far forward they almost touched, and he was picking up his feet like he was walking on eggshells.

"You've never even seen a bear, you dumb horse," I told him, keeping a strong leg on him. "You don't even know what one looks like."

Negrito blew through his nose, rolling one eye toward the bush.

I laughed. Negrito had a good imagination.

A sudden gust of wind rustled the bush and Negrito gave a snort and a huge sideways leap and tried to take off. I kept him back long enough to let him know it was my idea to gallop, then we went. The drumming of his hooves was better than music.

"There's a ditch coming up, man," I said. I could tell by the way he was holding his head up that he saw it.

I felt him weave a little, so I leaned back and pushed, tightening my leg. "Sure you do."

We soared over the ditch without breaking stride, but once we landed, he bobbed his head and bucked a little.

"Boy, that was fun! You're a great jumper. A really great jumper," I said, slapping his neck with the reins. "Next year we make the Olympics."

Then, worried that I sounded too sarcastic, I added, "For a cow horse you are a really good jumper."

We loped on. This was the first day I could really feel fall coming on, not so much because it was chilly, but there was a slant to the sunlight and a smell in the air that meant fall.

Pop ought to be coming home pretty soon. Summer, shoot, there were lots of rodeos going on, lots of places he could be all summer, but fall would be a really good time for him to come home.

"Geez, it's a rabbit. For Pete's sake, don't you know a rabbit when you see one?"

Negrito shook his head. I got him collected till he was bunched up like a coiled spring and his canter felt like a rocking chair.

He was just playing around. He was a pretty brave horse, actually. Fall always made him feel good. Besides that I hadn't ridden him for a while. My best friend, Johnny Collins, got a motorcycle for his birthday a month ago, and I'd been spending a lot of time dirt-biking with him.

I slowed Negrito down to a walk to cool him off. I had to get back and change clothes before I went to school, and I couldn't leave him hot. He kept breaking into a jog trot. Fall mornings he could go forever.

"I've been wasting a lot of time with that cycle," I said, while I was unsaddling him. "But it was new and everything and Johnny kept pestering me to go with him, but we'll go out for rides more."

Negrito turned and nipped at me. Sometimes he meant it, but mostly he'd just catch my sleeve or my jacket. I slipped the bridle over his ears. He almost knocked me down trying to scratch his head on my arm. The bit always made his mouth itch.

"Seeya later." I swung over the fence. Negrito stood there, waiting.

"Okay." I pulled the last piece of carrot out of my pocket and gave it to him. Then I just walked off because I never could convince him that I didn't have any more carrots.

Across the paddock my brother Mason's horse, Red, stood swishing flies, looking bored out of his mind. Mason had never treated him like a person, so Red had never acted like one. Mason was a pretty good rider, though. Not as good as me. Even Pop admitted that. A couple of years ago, when me and. Mason did junior rodeos a lot, I always won more.

I barely had time to change my clothes before Johnny drove up on his cycle. It was a lot better way to get to school on than the bus. Mason always left early for school, so I hardly ever could catch a ride with him.

I hopped on the cycle. Riding double was against the law, since neither one of us was sixteen, but you know, that was kind of a dumb law. I don't go around trying to break laws, but I couldn't get real worried about that one.

It was one of those long days at school. When it was over, I met Johnny.

"Straight home today," I told him.

"No way, man. This is a perfect day for horse riding."

"You can't do a wheelie on a horse," Johnny shouted over the engine.

"That's true," I yelled back. He was right there. You can teach a horse to rear up, but that is the worst dumb trick you can teach a horse. Lord knows enough of them come up with it on their own. One quick way to get killed is having a rearing horse come down backward on top of you.

"Hang on, I'm going to jump the ditch!" Johnny shouted. I tightened my grip on his belt. The cycle flew through the air, bounded, skidded, and slid to a sideways stop in front of our house. I swung off the back end.

"Thanks for the ride."

Johnny took off his helmet to wipe the sweat off his freckles. Everybody else in his family was either real dark like their mother or real blonde like their father, and there Johnny sat, flame-haired as a match stick. He always said he was a throwback. A throwback is like when you breed a chestnut to a black and get an Albino colt like its great grandfather. I read a book once where that happened. All the Collins had dark blue eyes, though. It was their trademark.

"You sure you don't want to go to the pits with me?"

"Not today. All I want to hear on a day like this is hoof beats. Negrito is going to love a good run."

"Now just who is your best friend--me or that horse?"

I looked at him for a minute, thinking about it "Well, let me see ... I've known you both about the same amount of time..."

Johnny belted me in the stomach with his helmet. "Hey," he said suddenly, "what's Mason doing home?"

I looked at our beat-up pickup sitting in the driveway.

"Huh. Maybe he decided not to practice today. It's a little while till the basketball season's really going, anyway."

"But him and Bob were meeting every afternoon to shoot baskets."

"He's probably out jogging. Mace ain't making a move that doesn't have basketball behind it."

"Shoot," said Johnny. "If I could get the city paper to come out and take pictures of me, I might give up this machine and jog myself."

"Wouldn't do you any good. The coaches won't take midgets."

Johnny rapped me with the helmet again, but he wasn't mad. If he minded about being short I wouldn't tease him about it, but nothing much bothered Johnny. I'm the same way.

"You ought to see our room," I said. "Ol' Mason has the walls papered with that picture. Come on in and have a Kool-Aid."

Johnny shook his head. "I want to get some biking in before I have to go home. I'm trying to keep it down to just an hour late. Cole's started making noises about taking my cycle keys away."

All the Collins kids called their parents by their first names. They were the only kids I knew who did that. Johnny put his helmet back on. "Seeya, Texas."
Next > 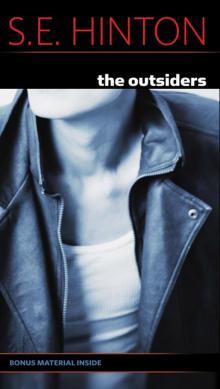 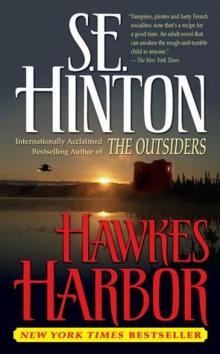 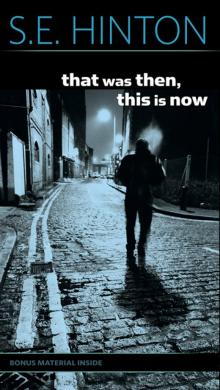 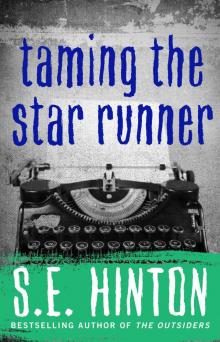 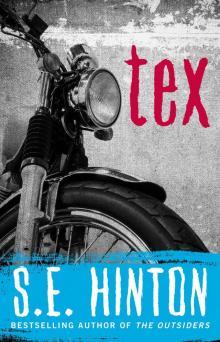 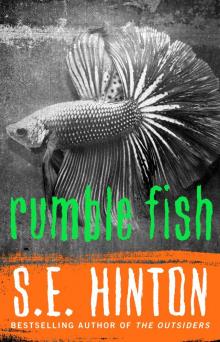 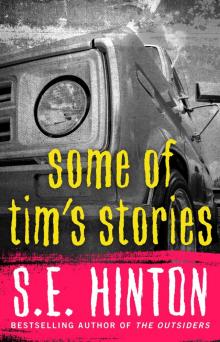